­Microsoft and LG Electronics have signed a patent agreement that provides broad coverage under Microsoft’s patent portfolio for LG’s tablets, mobile phones and other consumer devices running the Android or Chrome OS Platform.

Microsoft said that the contents of the agreement will not be disclosed.

“We are pleased to have built upon our longstanding relationship with LG to reach a mutually beneficial agreement. Together with our ten previous agreements with Android and Chrome OS device manufacturers, including HTC, Samsung and Acer, this agreement with LG means that more than seventy percent of all Android smartphones sold in the U.S. are now receiving coverage under Microsoft’s patent portfolio,” said Horacio Gutierrez, corporate vice president and deputy general counsel, Intellectual Property Group at Microsoft.

Since Microsoft launched its IP licensing program in December 2003, the company has entered into more than 1,100 licensing agreements. 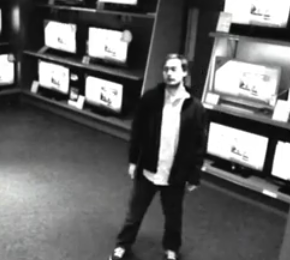 You may have noticed a trend on Youtube of videos showing really dumb thieves getting caught on CC TV. There are hundreds of them and now eletronics brand LG have tapped in to that craze to create a viral video that is absolutely genius in both it’s concept and it’s execution. The video has been uploaded by a random user to make it seem as if it is the real deal and many people in the comments seem to think it is genuine but it is of course a viral. I don’t want to ruin the storyline before you watch the video itself but the way in which is gets the core message across about the product is subtle but very smart. The only indication that it is an advert for a product is the clear call to action at the end of the video on the window with an advert for it. The video has been out for a week but it starting to blow up in the last couple of days with well over half a million views. The creatives behind this campaign certainly need a pay rise!