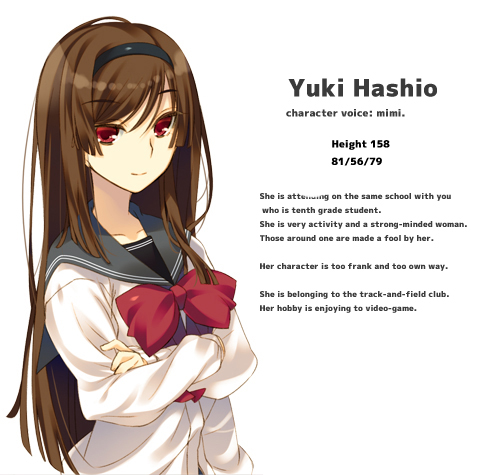 One of the most common applications of gamification — the process of applying game mechanics to a non-game context — is personal fitness.

Just take a look at the influx of fitness-centered smartphone apps or the popularity of websites like social network and online game Fitocracy, which motivates users to improve their fitness with stats tracking and digital rewards, and it’s clear that more and more people are switching from personal trainers to digital devices.

Japanese smartphone app developer Creative Freaks realizes that different people are motivated by different incentives, and now they’ve decided to target the health-conscious otaku market with their latest app, “Burn Your Fat With Me,” a game that turns personal fitness into a Japanese dating simulation game.

The app, titled “Nenshou” in Japanese, was originally released for the iPhone last December, followed by an Android version on April 15.

In “Burn Your Fat With Me,” players assume the role of an unassuming and out of shape young man who has just started high school. You happen to be placed in the same class as your childhood friend Mayu Uehara, and after exchanging pleasentreis, she tells you she is worried that you’ve put on too much weight since she last saw you and suggests you go on a diet.

Mayu then becomes your personal trainer and puts you on a daily routine of crunches, during which she appears on the screen in her gym clothes and holds down your legs as she counts your repetitions and cheers you on with fully-voiced words of encouragement. Repetitions are registered by resting your smartphone on your legs and touching the screen every time you bring your upper body forward.

Stick to your training every day and your character’s attractiveness will increase, unlocking new, fully-voiced story events that bring you closer with Mayu.

The iPhone version of the application currently holds a high rating of 4.5 starts from 23 reviews. One user writes: “I couldn’t do any more than around 30 crunches before, but after starting this app I was in the triple digits before I knew it. I may just be simpleminded, but having her praise me keeps me motivated.”

Whatever the incentive, it’s hard to criticize something that motivates people to improve their health. But, while it’s easy to see how an app like this could work in Japan, the land of moe, we wonder what it would do for people in countries without an established culture of high school dating simulators.

Creative Freaks has not mentioned any plans to localize the app, though there is a translated version of the site written in Engrish of the highest caliber that warrants a look. “Burn Your Fat With Me” can be purchased from the iTunes App Store for 170 yen or Google Play for 350 yen.