Research In Motion is reportedly exploring the possibility of licensing its forth coming BlackBerry 10 platform to competitors such as HTC and Samsung, Jefferies & Co. analyst Peter Misek has said.

“We think some of this has already been started with RIM likely agreeing to license Blackberry 10 to Samsung, HTC, and possibly others,” Misek told InformationWeek.

“This would help create a critical mass for the ecosystem and maintain RIM’s monthly service revenue; however, it puts more pressure on the hardware business in the short term. Longer term, it possibly gets people hooked on the RIM ecosystem and may in fact allow them to sell more BB 10 handsets (if they are able to create compelling handsets).”

However, the company makes the bulk of its revenues from selling hardware, not licensing software, and the company would need its software to be provided in a vast array of competing handsets to recover the loss of income that migrating to a software firm would entail. 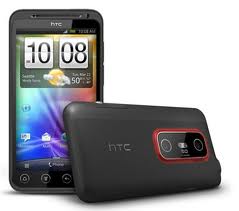 Fourth-quarter net income dropped 26 percent to NT$11 billion ($364 million) from NT$14.8 billion a year earlier, the Taoyuan, Taiwan-based company said in a statement today. The average of 11 analyst estimates (2498) compiled by Bloomberg in the past four weeks was for profit of NT$11.6 billion.

Analysts predict sales and shipments will fall further this quarter after the company cut its outlook for revenue in the last three months of 2011. Sales of HTC handsets, including the Sensation, Wildfire and Rhyme, slowed in the fourth quarter as customers opted for Apple’s iPhone and Samsung’s Galaxy models, and the weaker global economy hurt overall demand.

Shipments dropped to 10 million units and will decline to 8.5 million this quarter, according to the median of five analyst estimates compiled by Bloomberg News. HTC sold 13.2 million units in the third quarter and didn’t provide shipment data or estimates for the current or prior quarter.

HTC, which became the largest smartphone seller in the U.S. in the third quarter, on Oct. 31 forecast that fourth-quarter sales would rise as much as 30 percent from a year earlier. It then cut its outlook on Nov. 23, saying revenue would be little changed.