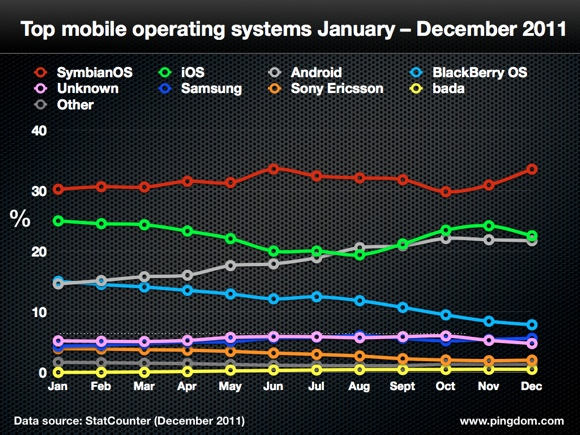 A few notes about how the mobile OS market developed over 2011: